Share a memory
Obituary & Services
Tribute Wall
Read more about the life story of Phillip and share your memory.

On Saturday, November 19, 2022, Phillip Antone Locke quickly exchanged time on this mortal plane through birth into eternity, leaving fond memories in the loving hearts of his family and friends.

Phillip was born on January 5, 1952, to the union of Edward S. and Mildred Locke in Seattle, WA. He was the fourth child of six and the only son. He was baptized March 8, 1953, at the Lutheran Church of the Good Shepherd.

Phillip grew up in the CD, on 25th between Pike and Pine. He attended Madrona Elementary School, Concordia Lutheran School, Meany Jr. High School, graduated from Garfield High School and attended Eastern Washington State College, where he was accepted into a special science program.

Phillip enjoyed life to the fullest as a child. He was always teasing, laughing, being mischievous, while establishing lifelong friends. He was loving and thoughtful, accepting of people without judgment.

Phillip began working at an early age delivering newspapers with much help from his sisters and mother. His next job was working for his dad at Locke’s General Service. His father also hired many of Phillip’s friends and youth from the neighborhood.

Phillip was never without transportation, from bicycles to the very best vehicles. At 16, his father gave him his first car, a green Chevy (he was spoiled). Phillip always loved music. After his father bought him a complete drum set, Phillip organized a band, “Just Us”, he later dropped out because he just couldn’t keep a beat. Even his choir teacher told him to “just move your lips”. Through-out his life, he brought much joy and laughter to his family and loved ones. A phone call to Phillip always included lots of laughter on his end, as he was great at watching his favorite comedy and game shows while talking on the phone and crackin’ up.

Phillip was blessed with his first born, Phillip Jr. in 1970, followed by Deon, Edward and Saybre. On June 14, 1980, Phillip met CoLetta Verrett, the love of his life, adding his fifth son, Marlon. After a long courtship Phillip and CoLetta were married January 1, 1990.

Phillip always enjoyed fishing whether in the local lakes or driving to Moses Lake. He loved taking his sons and grandchildren fishing. Together the couple enjoyed traveling all over the country and taking cruises to Mexico and the Caribbean which he introduced to his entire family. In 2011, 22 of his family members went on a Caribbean cruise for 11 days.  He loved making acquaintances wherever he went and introduced his siblings to many of the merchants that he met while traveling. And he always knew the best restaurants for soul food, Chinese food, and barbecue, after many years of working with Jones at Jones Barbecue.

Phillip loved to barbecue and entertain at their home on Findlay following softball games, where Phillip was always the pitcher. For the boys and their friends, the house on Findlay was always the “place to be”. The couple hosted the first Block Party with the best foods ever as the block was so wonderfully diverse, and everyone was welcomed. When the boys were young Phillip coached their basketball teams and was always present when they played high school sports. He loved his sons dearly.

Phillip was drawn to employment in the transportation industry. He never got lost, his sense of direction and navigating was a gift. He was employed by Metro Transit as a bus driver, later driving for Greyhound all over the country. He retired in May 2018 from the Washington State Ferry system after 30 years. He developed a wonderful work ethic and was respected and beloved by his co-workers.

On November 18, 2021, Phillip was diagnosed with metastatic kidney cancer. As Phillip endured treatments, therapy and radiation, his family and closest friends rallied in his support with prayers, visitations, phone calls, encouragement, and foods that he enjoyed. He appreciated all the time spent with his family and friends. As he continued to seek strength through prayers and the love of God, Phillip diligently fought and grew closer to his Lord and Savior Jesus Christ. We give thanks to God for blessing us with the life of Phillip Locke whom we loved very much, and we know that God loves him most. God called him home peacefully on November 19, 2022. He is now at his much deserved rest in the arms of our Creator. Glory be to God! 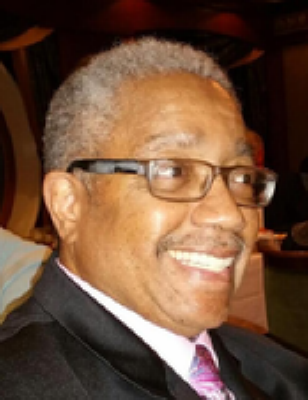