Share a memory
Obituary & Services
Tribute Wall
Read more about the life story of Randy and share your memory.

Randy Hart was born in 1969 in New Orleans, Louisiana, but grew up in Seattle, Washington. As a child, Randy had a love for football and played up to his high school years.  He was a talented athlete.  And although he didn’t graduate while attending Hazen high school, he later obtained his GED.  Throughout Randy’s adulthood, he worked various jobs and most recent was as a Grounds Maintenance Worker for the City Parks and Recreation.

He was a happy soul.  Loved to laugh and joke, and of course at the expense of others.  He joked about everything and everybody.  It didn’t matter if you were young or old.  And that laugh.  If you knew Randy, you know the laugh.  It was a mischievous and infectious laugh.  He was such a good time.  You couldn’t stay mad at him for too long and couldn’t help but to be around him.  He was so sociable and well-known by a lot of people.  He loved hanging out with a wide circle of family, friends and acquaintances.

Randy loved watching movies and going to weekly family movie nights.  Often at movie nights, he had already seen the movie and would always be telling everybody what was going to happen in the movie or he couldn’t wait to tease whoever chose the movie, especially if it turned out to be a B-Movie (low-budget movie).  Let’s not forget to mention all the jokes he had all night about his Mom and Dad.  And as always, after he ate, and he could eat, he would lay on the floor, pull up his shirt and rub his belly until he fell asleep.  It wasn’t surprising for him to snore through a movie.

Not only did he love to eat, he loved to cook.  Randy was a good cook and cooked many of meals for family gatherings.  He was so confident that he thought he was a better cook than his Mom.  He loved attending his yearly family reunion in Roslyn and Cle Elum, Washington, where he would barbeque all day.  But he especially loved camping afterwards.  Whether in the woods playing music and cards around the campfire or swimming in the fresh, cold river.  In later years, he also enjoyed a cabin in the woods, full of laughs and memories.

Randy loved church and had a passion for reading the bible.  He was very intelligent and knowledgeable in his faith.  He was excited to share his knowledge and would teach the bible to anyone who wanted to learn.  Randy was one of Six Founders of a church fraternity called Beta Theta Gamma, which was established on March 7, 2008.  His line name was Royal Disciple and their colors were Black, Grey and Purple.  The colors represented power, wisdom and royalty.  Their fraternity crossed over in 2010 to Educate, Equip and Encourage the community.  Beta Theta Gamma evangelized and fed the homeless.  On December 13, 2015, Randy was ordained By Reverend Dr. George E. Noble and Minister Randy Hart started his first church service called the Bread of Life, in September 2016.  Soon after, in October 2016, inspiration led Randy to start a food ministry serving the homeless breakfast every other Sunday.

Randy passed away on November 4, 2022, at the age of 53.  He was preceded in death by his daughters, Lanice Walker and Rhandi Hart.  He is survived by his son, Kaanan Hart; his parents Osceola Hart and Edward Hart; his sister, Shakira Lesinski and brother-in-law, Scott Lesinski; his brothers William Hart and Antonio Hart, and his nephew, Isaiah Hart.  He is preceded by his grandparents George Manuel Cordova, Louise Margie Cordova, Edward William Hart and Beulah Vivian Craven Hart. He is also survived by his former spouse, Tanisha Brown and extended family, which includes aunts, uncles, cousins and close friends.

Randy danced to the beat of his own drum.  He did what he wanted to do and lived his life the way he wanted to live it.  He was high in personality and among other things.  He was liked, enjoyed, and supported by many people, who loved him for who he was.  His sense of humor, charming smile and unforgettable laugh will be missed. 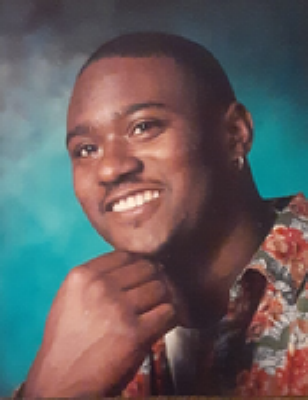